While English is  supposedly  an easy language to learn, most non-native English speakers face some or the other pronunciation challenges. For example: Spanish speakers tend to find it much more difficult to recognize not rhotic versions of vowel sounds.

1. School/Eschool
Sure there are accent differences, but there are also a few  common pronunciation mistakes Spanish learners of English can make. Some tend to want to add an “e” to the beginning of words that start with ‘s’, making for word school sound like “eschools”.

2. Ship/Sheep
Another one of these English words where the “i” tends to get replaced with a long “e”, making it “sheep”. Spanish speakers often stretch all vowel sounds and confuse pairs of short and long English vowel sounds like “ship” and “sheep” both in comprehension and speaking.

3. Joke/Yolk
The letter J is very difficult for Spanish speakers learning English. There are many words in the English language that start with the letter J. Many people who speak Spanish pronounce the letter J like the letter Y. If you do not say the letter J correctly in English, people may not understand you. So, if you tell someone: “That is a funny joke”,  and if you don’t pronounce the J correctly, then “joke” sounds like “yolk” (meaning the yellow part of an egg), getting difficult to understand.

4. Teeth/Teet
Some forget or over-pronounce the “ed” on the ends of words, or have trouble mastering the “th” sound on words like “teeth.” (For fun, try speaking “teeth” without  the “th” sound. Oops, You might not want to try that out loud!)

5. Focus/Fuhcus
The key to saying this correctly is remembering to make the “o” a long one. Many however replace the long “o” with “uh”, making it “fuhcus”. Look at that word again. “Ladies and gentlemen, if there’s one thing I want you to do today, it’s “fuhcus!”. Umm, no thanks!

6. Eyes/Azz
What’s wrong with eyes? Nothing. But some foreign speakers zip through the word and “eyes” becomes “azz”, which sounds like “ass”. So, if you say to someone “I saw it with my own azz,” they could take it the wrong way.

7. Scape/Escape
If somebody takes the blame for something someone else did, we say they are a “scape goat.” Many  however add an “e” to the beginning of words that start with ‘s’, mispronouncing this as “escape goat,” meaning, of course, that one of their goats has fled.

8. Kitchen/Chicken
While learning English, some speakers say “chicken” instead of “kitchen”. To make it clear, we usually prepare chicken in a kitchen.

9. Ask/Aks/Axe
Spanish speakers while learning English often mispronounce ask as axe! So, if you say : ‘You don’t have to axe me why’, it surely doesn’t mean what you want to say!

10. Accuse me/Excuse me
Instead of “excuse me”, speakers say “accuse me.” Big difference! For example, if you approach a stranger in the street and say: “Accuse me, where is 57th Street?”, they could point at you instead of pointing in the right direction.

11. Fifth/Fiss
Particularly when it comes to final consonant clusters in English, Spanish-speakers can suffer both from adding extra syllables (e.g. three syllables for “advanced” with the final “e” pronounced) and swallowing sounds to make it match the desired number of syllables (e.g. “fifths” sounding like “fiss”). With words that are similar in Spanish and English, they can also often try to make the English word match the Spanish number of syllables.

12. Not/Nought
Perhaps the single biggest pronunciation problem for Spanish speakers is that Spanish does not have a distinction between short and long vowels. They often stretch vowel sounds “not” to “nought”.

13. Breakfast/Brefas
A simple word (for native English speakers) like ‘breakfast’ is tough for Spaniards who will often pronounce it ‘brefas’ and omit the ‘k’ and the final ‘t’ because they are attached to another consonant.

14. Boat/Bought
Perhaps more importantly, they can also have problems with the two closest sounds to an “o” sound in “not” , making “boat” and “bought” difficult to distinguish.

15. Cat/Cut
In common with most learners, Spanish speakers find the distinction between the very similar sounds in “cat” and “cut” difficult to notice and produce.

16.Yacht/Jot
There is also no distinction between the first sounds in “yacht” and “jot” in Spanish. The “ch” in “cheese” may also be confused with the “sh” in “she’s”, as the latter sound does not exist in Spanish.

17. Pull/Pool
Most Spanish speakers have difficulty distinguishing between /uː/ and /ʊ/. While /uː/ is very similar to the Spanish letter “u“, it is actually much longer. /ʊ/ is much shorter and of a different quality.  Also, pull and pool are Not homophones, i.e the words pronounced the same way as the other word but  differs in meaning and spelling.

Spanish speakers can learn to speak English fluently, and master on the vocabulary and pronunciation while browsing their own Facebook newsfeed with  http://new.culturealley.com/index.jsp?courseId=5. Learners can listen to the native pronunciations while learning vocabulary on the Facebook. A few relevant words on their own Facebook feeds are converted from Spanish to English. One can listen to the pronunciation for better understanding as often as they want. There are fun games to make one memorize what they have learnt. It is the most effective and immersive way to learn English for Spanish speakers. 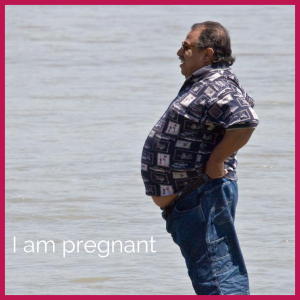